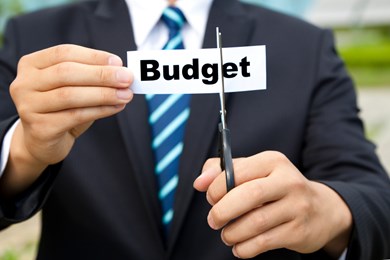 Consumers will suffer as trading standards budgets in England and Wales are slashed by an average of 40%. These cuts leave the country open to an influx of dangerous counterfeit goods and will place elderly and vulnerable consumers at greater risk of losing their independence.

'It is time for the National Audit Office to look at the system of consumer protection in its entirety including local enforcement when reviewing changes to the consumer landscape,' said Trading Standards Institute (TSI) CEO Leon Livermore.

According to a Workforce Survey that was recently released by TSI and the National Trading Standards board, by 2016 most trading standards services in England and Wales will have been cut by an average of 40% since 2010.

As a result of these cuts, more than 70% of the trading standards services that responded to the survey will restrict or stop some services. These cuts threaten consumer rights, consumer safety and the health of legitimate businesses.

'The nature of trading standards, which is to serve as a watchdog for businesses and consumers, means its value is often overlooked until services are gone,' Mr. Livermore said. 'When another horsemeat scandal breaks or a counterfeit toy results in the death of a child – that's when trading standards are missed. Trading standards are an invaluable service and we are reaching a level where further cuts are unsustainable. Enough is enough.'

Trading standards officers remove counterfeit cigarettes and alcohol, dangerous toys and unsafe food products from the market. They also stop rogue traders, doorstep sellers and mass marketers that prey on the vulnerable. In the last six months, trading standards confiscated £3 million in fake goods in Warwickshire; ordered a Liverpool man to pay back £76,000 after he was caught selling counterfeit goods; intervened in a case where a Surrey woman was conned out of £200,000 in mail scams; and helped to catch a Lancashire paedophile.

'Consumers think trading standards are everywhere when in fact they are not,' Mr. Livermore said. 'It's time to end this postcode lottery.'
Since the last workforce survey was conducted in 2009, trading standards staffing levels have fallen by approximately 45%.

'A coherent and sufficiently resourced market monitoring and enforcement regime is critical to maintaining standards of safety and fair competition,' said Chrissie Florczyk, director general of the Anti-Counterfeiting Group (ACG). 'This survey reflects a worrying picture that our members recognise from their daily work with local authorities. We are very concerned at the scale and speed of these staffing reductions and funding cuts which will leave consumers exposed and markets open to non-tax paying and unscrupulous rogue businesses.

'We are particularly concerned that there is no overall assessment of the impact of such drastic service reductions. Central and local government must articulate a clear plan to ensure that protections for consumers and businesses that trading standards provide are delivered.'

The level of cuts to individual services varies widely, but several authorities anticipate their budgets will be more than halved. The situation is particularly severe in the North West, where almost half of the trading standards services have already been cut by one third since 2010.

'The trading standards service plays a vital role in safeguarding consumer rights and the efficient working of consumer markets - essentials for our recovering economy,' said former director general of Fair Trading John Bridgeman.' International experience clearly demonstrates the value of trained professionals protecting the public from careless and reckless suppliers, fraudsters, counterfeiters, scammers and even organised criminals. The cuts in the trading standards service now apparent in so many parts of the country are an ill-conceived short term expedient which will cause financial harm which can be measured in billions of pounds and hit the vulnerable and less well off particularly hard. This is unsustainable. Britain's consumers deserve better.'

"There is no point in consumer legislation without enforcement," said Mary McAnally, President of The National Consumer Federation. "Local market surveillance protects consumers and law-abiding companies alike from rogue traders and scams, and saves money in the long run. The TSI survey shows a worrying sharp decline in Trading Standards Officers round the country – consumers are being put at risk”

For further information or to arrange an interview please contact the TSI press office on 0845 608 9575 or pressoffice@tsi.org.uk
Trading Standards Institute (TSI)

The National Trading Standards board represents all trading standards services across England and Wales. The Board was established by the Government to improve the enforcement of laws intended to tackle rogue traders operating both regionally and nationally who are causing harm to consumers and legitimate businesses. The National Trading Standards board issues grants and funds national and regional initiatives such as Scambusters, the Illegal Money Lending Teams and Safety at Ports.