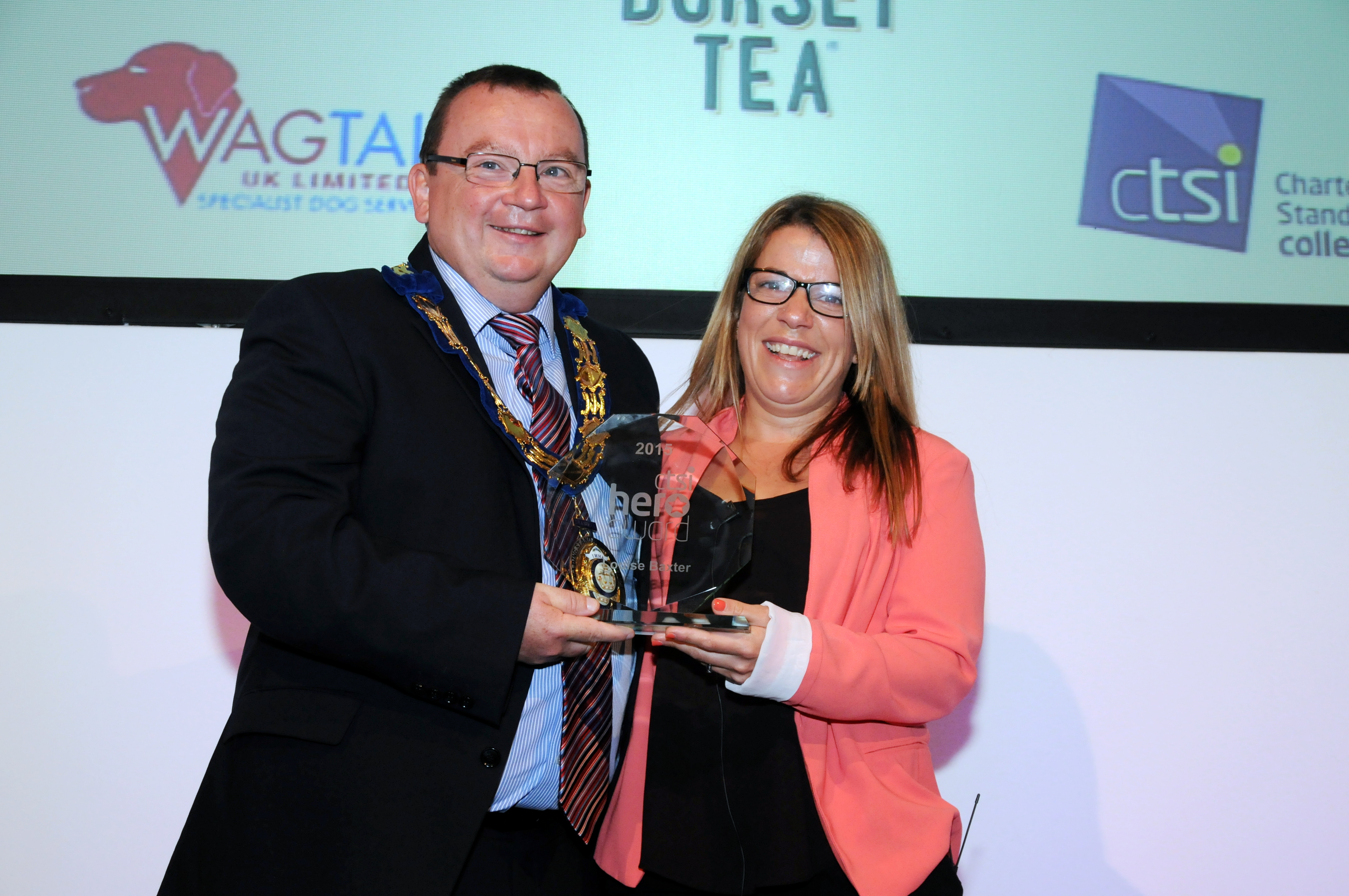 Louise Baxter received a Hero Award at the Chartered Trading Standards Institute's Conference in Bournemouth on Thursday 2 July for the significant contribution she made to consumer protection in East Sussex, over and above her professional role.

Louise Baxter is the team leader of the National Trading Standards Scams Team (NTSST) and has worked for East Sussex County Council for over 12 years. NTSST was set up a few years ago by Louise after she discovered that people were being put onto "suckers lists" and being scammed out of thousands of pounds. The team has been a fundamental support system for consumers, in particular the most vulnerable members of communities.

Louise has driven the NTSST to be the success it is today by endlessly campaigning and raising the profile of scam victims, encouraging iconic companies to join the cause including well-known banks and postal services. Louise has engaged with more than 20 national partners who now supply their intelligence to the team and target their campaigns around fraud and fraud prevention.

In these difficult economic times, Louise has managed to encourage local authorities to take on extra work despite having dwindling resources. The NTSST works with more than 154 local authorities, each recognising the importance of supporting scam victims.

CTSI chief executive Leon Livermore said: “I am delighted to have presented Louise with a CTSI Hero Award, giving her well deserved national recognition for her work in establishing NTSST."

Wendy Martin, Programme Director, National Trading Standards said: “I am extremely pleased that Louise’s hard work has been recognised with this award. She has been tireless in her efforts to protect vulnerable people from criminals and under her leadership the National Trading Standards Scams Team has gone from strength to strength. My congratulations to Lou on receiving this award”.