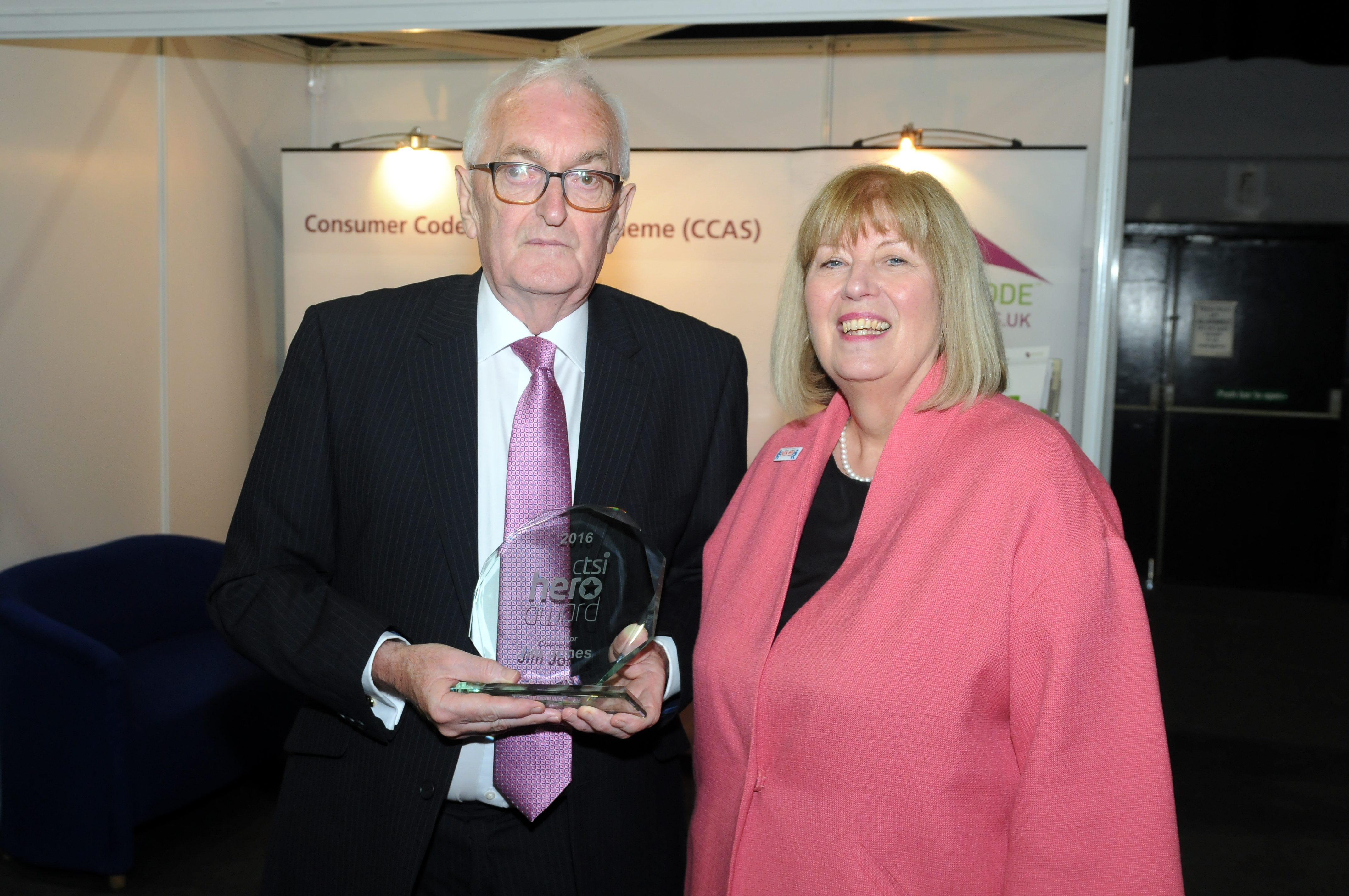 Trading standards experts have recognised a community stalwart who has campaigned tirelessly for the profession and championed a scheme that prevents vulnerable people from becoming victims of fraud.

CTSI presented Jim Jones, a Carmarthenshire county councillor with responsibility for trading standards, with a Hero Award at its annual conference in West Midlands, yesterday.

Councillor Jones was nominated for his role in developing the Financial Exploitation Safeguarding Scheme (FESS), a multi-agency safeguarding scheme aimed at early intervention and the prevention of financial abuse.

In addition, Cllr Jones, has supported other innovative educational and awareness schemes using almost £200,000 clawed back from criminals under the Proceeds of Crime Act.

“Jim has long since recognised the wider benefits of a robust trading standards service and has been fundamental in raising the profile and continued efforts of his team.

"His enthusiasm, creative thinking and commitment to the profession is an inspiration to us all."

Hero Awards celebrate outstanding contributions to consumer protection by individuals or groups of people and are nominated by the trading standards community.

Cllr Jim was presented with his award at the official opening of conference today, 20 June, by CTSI president Baroness Christine Crawley.

Baroness Crawley said: "Jim has been instrumental in getting the hard work of trading standards recognised by the right people, always encouraging them to understand the important role that the service plays in consumer protection.

"Many campaigns that put consumers at the heart of their core aims have been launched because of Jim’s involvement and support. He is very well-deserving of this Hero Award."

Cllr Jones was nominated by Carmarthenshire trading standards where he has been a portfolio holder for environmental and public protection, with responsibility for trading standards, since 2012.

Heidi Neil, the trading standards officer who made the nomination, said: "Despite departmental budget cuts over the last few years, Jim has encouraged us as a team to be more creative in our approach and has fully championed us as a service worth investing in.

"Wherever he goes, he tells people who we are, what we do and how hard we work to provide our service despite being a small team of staff.

"Nominating him for the CTSI Hero Award is the perfect way to thank him for his tireless efforts and for shining the spotlight on Carmarthenshire trading standards."

Nine Hero Awards and three Certificates of Commendation are being presented during this year's CTSI Consumer Affairs and Trading Standards Conference and Exhibition in Telford.

Cllr Jones said:"I am delighted and honoured to receive this Hero Award. Trading Standards is a service I hold very dear – speaking as a member of my own community I know how important it is that we have a Trading Standards team fighting our corner when it comes to consumer safety.

"I am very proud of the talented team we have in Carmarthenshire and this award is a reflection of their hard work, not only in enforcing the law, but in coming up with innovative ways to protect the most vulnerable in our society. I am only too pleased to champion the work that they do.”