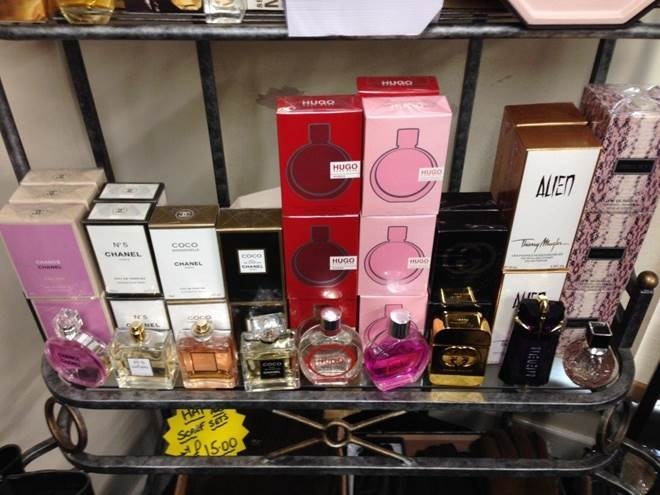 A couple who sold counterfeit perfume containing dangerous levels of methanol among other items have been handed an 18-month conditional discharge and been ordered to pay costs of over £1,000.

46 year-old Paul Adams and 38 year-old Louise Caunt, both of Oakdene Road, Burntwood, pleaded guilty to 12 trade mark offences at North Staffordshire Magistrates Court yesterday. If genuine, the goods would be worth £175,000. Methanol is toxic, causing skin irritation and can be harmful to eyes and the nervous system.

The court heard that on December 9 last year county council trading standards officers supported by police raided a property in Burtnwood where they found various counterfeit items which were being advertised on social media. These included counterfeit bottles of Christian Dior perfume which was found to contain harmful levels of methanol in addition to other cosmetics. Counterfeit electrical goods were also discovered which have the potential to cause fire or electrocution. Other items included counterfeit branded clothes and fake Rolex watches.

Staffordshire County Council’s communities leader Gill Heath said: “This was a highly successful operation backed by the trade mark holders and has prevented potentially hazardous counterfeit perfume and other goods being sold to the public. Our trading standards team acted decisively on what could have been a serious public health risk. In addition the sale of such goods would damage local businesses selling legitimate goods. The sentence may well have been more severe had the couple not been carers. We would again like to remind people of the dangers of counterfeit goods and be particularly careful if buying online. People should report any suspected counterfeit goods sales.”