Misleading websites to face the squeeze 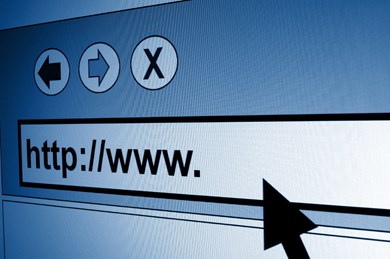 Misleading websites that try and palm themselves off as legitimate Government services are to come under the spotlight from Trading Standards today as Consumer Minister Jenny Willott confirmed extra funding for them to help tackle these rogue traders.

The Minister has committed an additional £120,000 this financial year to National Trading Standards Board (NTSB) so they can investigate these websites. This money will help NTSB also tackle websites that exaggerate the nature of the services they provide or deliberately underplay that people can get them for free or at a lower cost from official sources.

The extra funding for NTSB will mean that they are better equipped to identify, investigate and take enforcement action against any misleading websites that pass themselves off as official Government services.

Consumer Minister Jenny Willott said: “Misleading websites which dupe people into believing they are using the official Government channel need to be stopped in their tracks. The unfortunate reality is that a minority are exploiting those who are perhaps less web-savvy and we need to clamp down on them.  These rogues that con people out of their hard earned cash need to know that the full glare of Trading Standards is now on them.”

NTSB Chair Lord Toby Harris said: "Copycat websites that deceive consumers are a growing problem. These sites frequently encourage consumers to pay a fee or an extra charge for a service that is readily or freely available from the official website. Moreover, they often require those accessing them to share information that is personal and should be held securely. This additional Government support to help tackle this challenge is most welcome. By working together in this way we look forward to reducing consumer detriment and supporting legitimate businesses.”

Government continues to work with organisations such as the Advertising Standards Authority (ASA), Which? and the major search engines, including Google, to raise awareness of the threat posed by misleading websites

The Government’s ‘digital by default’ agenda continues to encourage people to use the internet for Government services and has worked hard to ensure that these are easily useable, accessible, and secure for all. Central to this has been the streamlining of government websites into a single domain, GOV.UK. This new website is built around the needs of users and provides one secure place where most government services can be accessed.

1. The Consumer Rights Bill is currently going through Parliament. The Bill is the biggest reforms to consumer law in a generation. It will enhance consumer rights and make them easier to understand and help businesses interpret and apply the law. The changes are set to boost the UK economy by over £4 billion over the next decade. For more information on the Consumer Rights Bill please go to: www.gov.uk/government/policies/providing-better-information-and-protection-for-consumers

3. The NTSB is part of the Consumer Protection Partnership which brings together all the bodies in the consumer landscape, including Citizens Advice and The Office of Fair Trading, to share intelligence, identify future issues that could adversely affect consumers and agree priorities for enforcement, information and education.

4. The government's economic policy objective is to achieve 'strong, sustainable and balanced growth that is more evenly shared across the country and between industries.' It set four ambitions in the ‘Plan for Growth’, published at Budget 2011:

Work is underway across government to achieve these ambitions, including progress on more than 250 measures as part of the Growth Review. Developing an Industrial Strategy gives new impetus to this work by providing businesses, investors and the public with more clarity about the long-term direction in which the government wants the economy to travel.