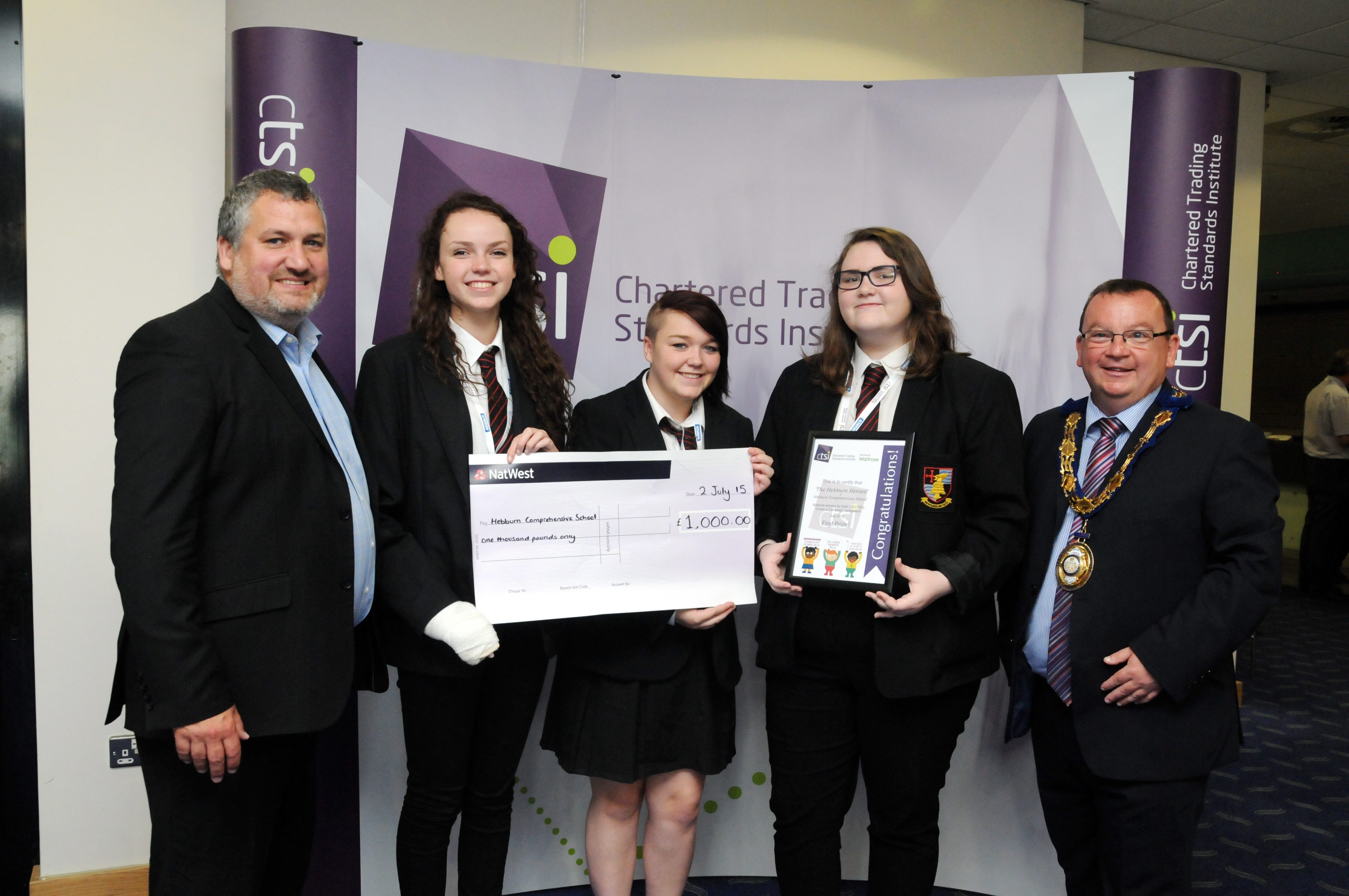 Year 10 students at Hebburn Comprehensive School were today (Thursday 2 July) crowned national winners of brief 1 of CTSI’s Create a Campaign competition for their underage smoking and drinking awareness campaign aimed at their peers and other young people.

The team of 10 students received a certificate and a £1000 prize, sponsored by Waitrose, for their school. The Hebburn Heroes were commended for their strong campaign title ‘Your life. Your future. Your choice’ which the judging panel felt would resonate with young people. Judges were also impressed with the team’s realistic ‘good choices’ versus ‘bad choices’ video and accompanying report which detailed how they would roll out the campaign in their local area.

CTSI’s ‘Create a Campaign’ competition was launched at Westminster in February by Minister for public health Jane Ellison. The initiative encouraged schools and youth groups across the UK to get creative and design campaigns aimed either at their peers or local businesses to raise awareness of the health risks associated with underage sales of tobacco and alcohol products. We received entries to the competition from schools across England, Wales and Scotland.

Mrs Claire Moore, who supervised the project at Hebburn said: "The pupils really wanted to make something that mattered; they never thought for a single second they would win. We are all excited and delighted to win such an amazing prize. The pupils are thinking hard about what they can use the money for as they want to do something for the school that will have a long-term impact for all pupils. I am lucky to work with such a talented and brilliant bunch."

CTSI Chief Executive Leon Livermore said: "The Create a Campaign competition has been a fantastic opportunity to educate young people about the damaging effects of drinking and smoking underage and the preventative work that trading standards does to tackle this issue.  When it came to the final judging we were impressed with the high standard of entries and it was incredibly tough to pick just two winning entries from the shortlist.

"In the end though we were unanimous in agreement that our two winners produced the best campaigns in terms of their creativity and overall appeal to the target audience. Looking to the future we hope to see some of these ideas being picked up in local underage sales campaigns across the country.”

The 5th Tilehurst Guides of Reading were also crowned winners of brief 2 for their ‘Responsible Retailer Award’ aimed at local businesses and received £1000 for their youth group.