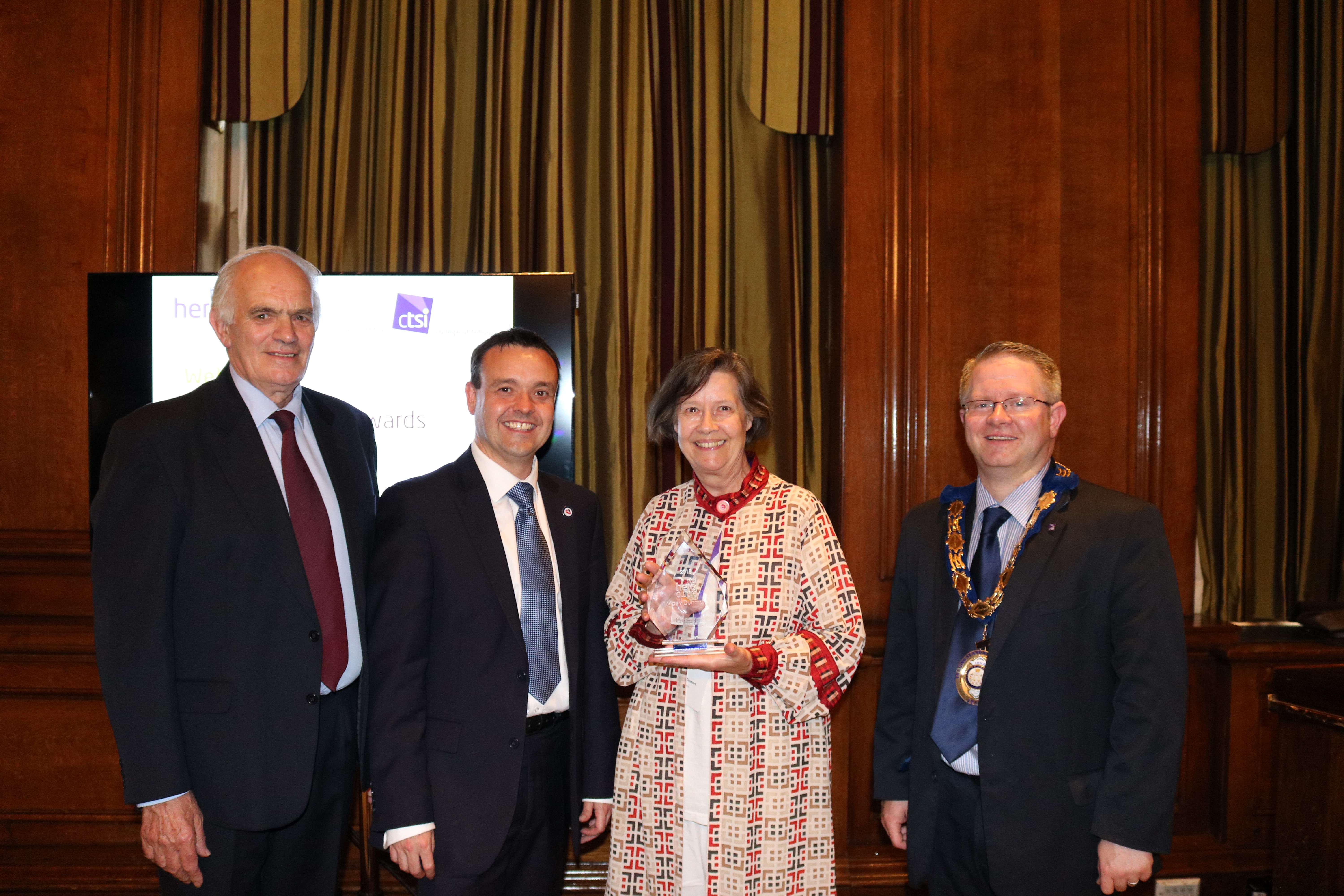 Stevenage-based Maev Dunmore, 70, found the strength after losing £28,500 to a roofing scam to help Hertfordshire Trading Standards put the rogue behind bars. Maev has been recognised with the prestigious Hero Award from the Chartered Trading Standards Institute (CTSI) in recognition of her steadfast resolve after losing substantial amounts to the rogue.

Thomas Lee, of Orpington Kent, who at the time of the crime was 24, pleaded guilty in October 2017 and was sentenced to 40 months custodial with a hidden assets order made.

Initially Maev found herself under investigation by the police for money laundering after her bank reported the large sums of money being withdrawn and cash transferred to the rogue builder. They quickly understood that she was a victim and the case was referred to Hertfordshire Trading Standards.

Despite deteriorating health and persistent coercion from the scammers, once the scam was identified Maev was able to summon the courage to help her local trading standards service and bring her scammer to justice. Over a lengthy two-year trial, Maev remained dignified and supportive of her local service, even with the knowledge that she could not recover her lost money.

Chief Executive at CTSI, Leon Livermore, said: “It’s always heart-breaking to see how a scam can tear a person’s life apart. Maev, despite the odds, stayed strong throughout her ordeal, and we’re honoured to present her with our Hero Award.”

Maev was nominated by Yvonne Bartlett, Senior Trading Standards Officer for Hertfordshire County Council, who said: “Maev was left feeling very nervous, totally inadequate and frightened. And yet, she fully supported the investigation, never making any demands on the service, even when informed she could not get her money back. She is a brave lady and a real-life hero.”

Stephen McPartland, MP for Stevenage, presented Maev with her award at a special ceremony, which took place on Wednesday 20 June, at One Great George Street, London. Maev was honoured alongside eight other Heroes of consumer protection (link).