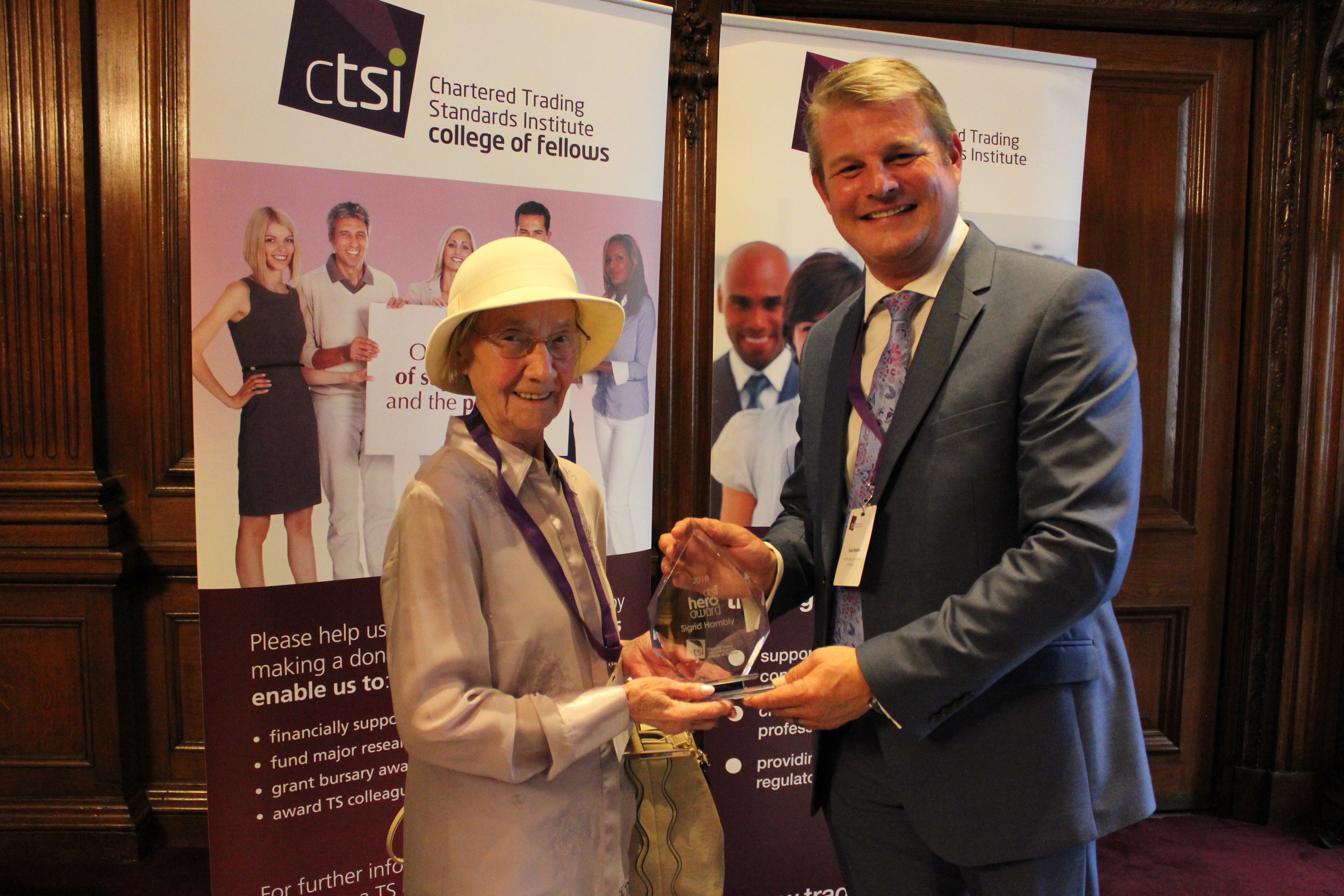 Sigrid had previously fallen victim to a prize draw scam after experiencing personal financial difficulties but during a visit from West Yorkshire Trading Standards decided to join the NTS Scams Team’s Mail Marshall Scheme to “share what she had learned about avoiding scams.”

Sigrid has made it her personal mission to ensure the vulnerable in her community don’t become victims, even describing it as ‘her job,’ in spite of her personal suffering from mini-strokes.

Working with West Yorkshire Trading Standards SAFER teams and the local police, Sigrid arranged a number of scams and fraud prevention workshops at various locations in her community to raise awareness.

Chief Executive at CTSI, Leon Livermore, said: “Age is just a number. Sigrid refused to be a just another victim, choosing to take a stand for others in her community, and we’re honoured to present her with a Hero Award.”

Sigrid was nominated by Yvette Sheldon, Project Officer for West Yorkshire Trading Standards, who said: “Sigrid’s passion to protect other members of her community is simply inspiring. She is an excellent champion of the work trading standards does and an asset to the community.”

Stuart Andrew, MP for Pudsey, presented Sigrid with her award at a special ceremony, which was held on Wednesday 20 June, at One Great George Street, London. Sigrid was honoured alongside eight other Heroes of consumer protection.