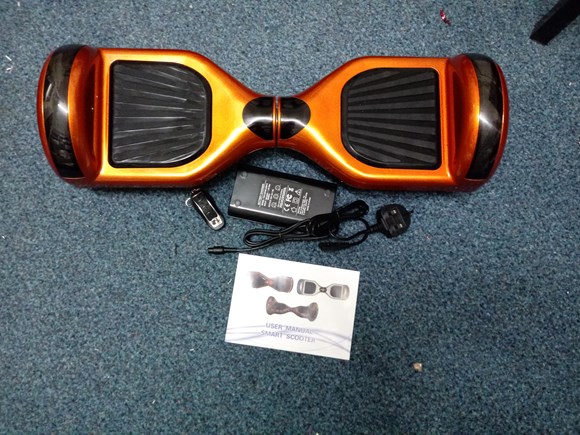 Officers from North East Lincolnshire Council’s Trading Standards team have seized a haul of hoverboards deemed to be ‘dangerously unsafe’.

The products, which were imported to the country from outside of the European Union and were yet to reach the distributor, failed to meet many basic safety requirements.

During tests carried out by Trading Standards Officers, some major safety issues were found.

Trading Standards manager Neil Clark said: “We seized a total of 550 hoverboards and conducted safety tests, which concluded that these products were dangerously unsafe.

“The internal structure of the boards were poor, and there were several issues with the electrical parts.

“These products were aimed at children, and this demonstrates the importance of checking for the correct markings and purchasing products legitimately.”

Councillor David Bolton, portfolio holder for public protection, said: “This is a great result for our Trading Standards officers.

“Had they not have seized these hoverboards, there might instead have reached the young children they were intended for, and we could have ended up with injuries, or worse.

“Checking items such as this are genuine, with manufacturers markings and proper instructions is very important.

“By purchasing counterfeit or poorly constructed products, you are potentially putting your friends and family in danger, and giving money to criminals.”

Several of the required markings on the products were missing, along with the manufacturer’s details, CE mark and instructions.

The fuse was not very well constructed, suggesting that these boards were not genuine products.

There were also safety issues with the construction of the fuse and battery chargers, and inconsistent markings on the plug.

If you suspect the authenticity of branded items being sold, you can report it to Trading Standards through Citizens Advice Consumer Service on 03454 04 05 06.