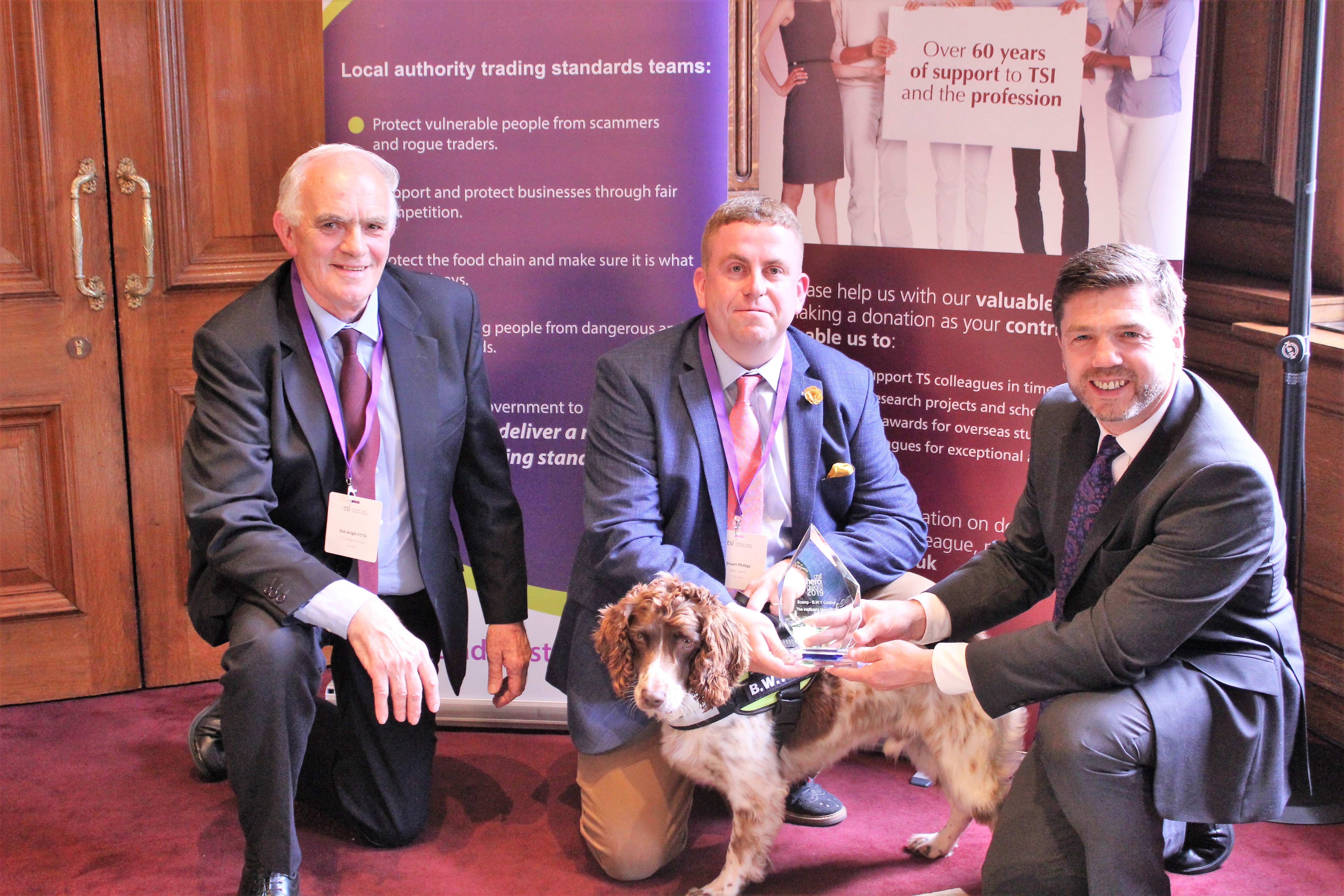 Imagine a sniffer dog, so good at its job, that a £25K bounty is put on its head!

Scamp, a diligent springer spaniel who recovered over £6 million worth of illegal tobacco products in the last 5 years, has been named the Institutes Hero in the Chartered Trading Standards Institute (CTSI) Hero Awards 2019.

Described as a ‘modern-day Eliot Ness’, the seven-year-old owned by specialist detection dog company B.W.Y Canine Ltd, has been involved in countless trading standards raids throughout the years. Most recently, his work with trading standards caused such disruption to one organised criminal gang that he had a £25K bounty placed on his head, with his handler Stuart Phillips receiving death threats.

During a recent project between several local authorities, Scamp and B.W.Y Canine helped trading standards seize nearly 430,000 cigarettes and 189kg of hand-rolling tobacco, with a total street value of approximately £137,000.

The CTSI Hero Awards celebrate those who make outstanding contributions towards consumer protection in our communities. Scamp and B.W.Y Canine received the award at the CTSI Hero Awards 2019 ceremony at One Great George Street, London, on Tuesday.

Chief Executive at CTSI, Leon Livermore, said: “CTSI received a landslide of nominations for the outstanding work Scamp and B.W.Y Canine has done with trading standards services up and down the country. To keep providing such a service in the face of great personal risk is admirable, and Stuart from B.W.Y Canine, and of course Scamp, deserve our thanks.”

Stuart Phillips from B.W.Y Canine said: “To be nominated for this award by so many trading standards teams is a great honour, but for Scamp to actually win and be awarded the Institute Hero Award is fantastic news for our small Pembrokeshire based company.

The work that Scamp does is of huge importance to tackle the illegal tobacco trade and we both thoroughly enjoy working with trading standards around the UK. Scamp is a special dog, with an amazing nose and great work ethic - for him to have his work recognised is superb, he is a true hero.”

Scamp and B.W.Y Canine were presented with the award by local MP, Stephen Crabb, and Robert Wright, CTSI College of Fellows, Sponsors of the CTSI Hero Awards. 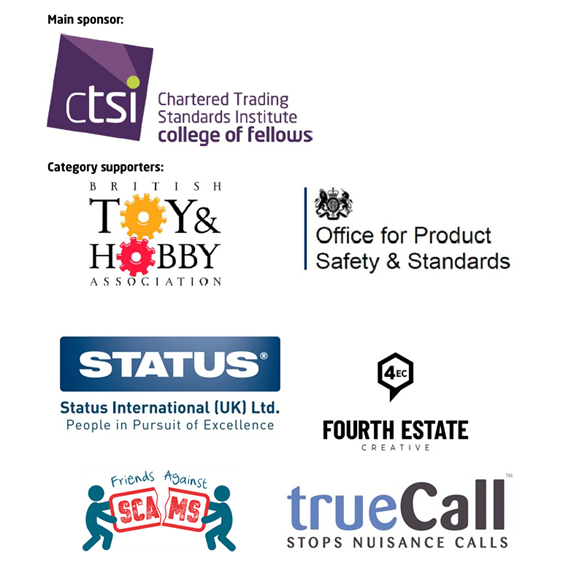