A loan shark victim who was driven to the brink of suicide has been awarded the CTSI Brian Smith Hero Award by the Chartered Trading Standards Institute (CTSI) for his courage and bravery throughout his harrowing ordeal.

Matthew, whose name has been changed to protect his identity, initially took out a small loan in desperation after giving up work to care for his sick wife. The debts quickly rose as he struggled to make extortionate repayments, and he soon found himself in thousands of pounds worth of debt to unscrupulous illegal money lenders.

Besieged and intimidated by loan sharks in his own home, and under constant threat of violence, Matthew spiralled into depression and almost took his own life. Instead, Matthew contacted the England Illegal Money Lending Team, and his evidence and support led to a successful prosecution.

Having since moved on, Matthew has spoken out about his experience, undertaking media appearances to raise awareness of the risks of loan sharks. His story has been shared across the UK prison network to help prisoners and families avoid illegal lenders.

The CTSI Hero Awards celebrate those who make outstanding contributions towards consumer protection in our communities. Matthew receives his award at the CTSI Hero Awards 2019 ceremony at One Great George Street, London, on Tuesday.

Chief Executive at CTSI, Leon Livermore, said: “Matthew’s story is such a difficult one to hear, but his courage is inspiring. It takes a special kind of hero to come through such an ordeal and then relive the story in such a public way to ensure if doesn’t happen to others.”

Tony Quigley, Head of the England Illegal Money Lending Team, said: “We are grateful to all the brave victims who have shared their stories to raise awareness and help others.

“Matthew has shown tremendous courage throughout this terrifying ordeal.  His bravery and actions during the investigation led to the arrest and conviction of the unscrupulous loan sharks.  We appreciate his continued support of the team and congratulate him on this fantastic achievement.” 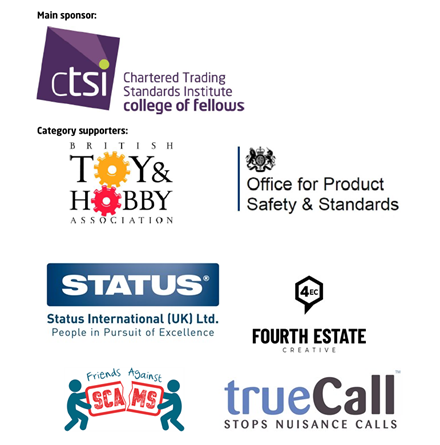