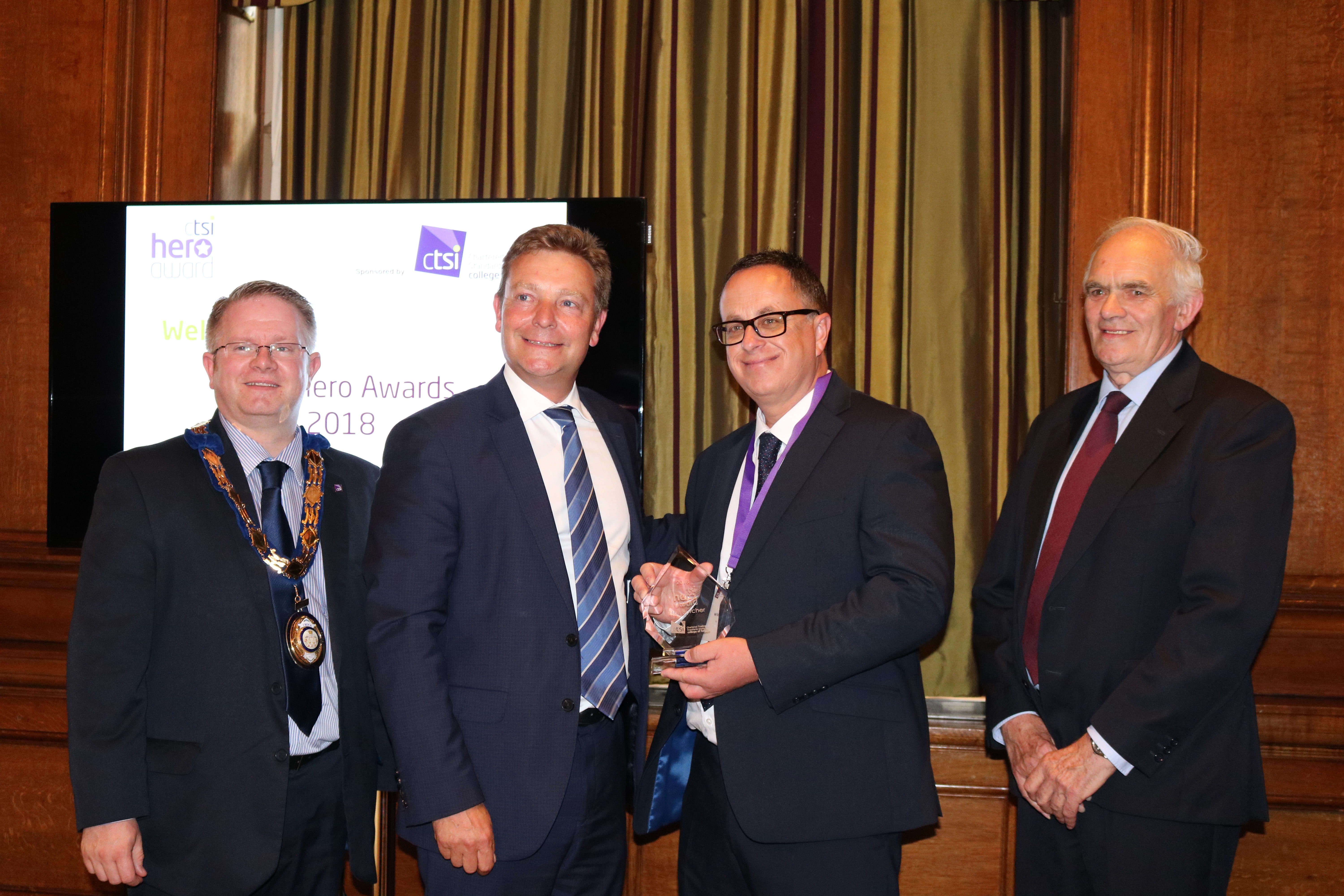 Neil has worked tirelessly and with great dedication to bring together a broad range of partners to tackle underage drinking in Kent and has set up two Community Alcohol Partnerships (CAPs) in Broadstairs and Ramsgate last year and is launching a 3rd, according to CAPs Programme Manager, Gillian Powell, who nominated Neil.

Amongst his many achievements he built strong relationships with local retailers and supermarkets, warning adults that it is an offence to buy alcohol for children through the usage and display of large posters. The display led to a vast improvement and an increase in ID checks while ensuring that Trading Standards’ relationship with retailers is a supportive one.

He obtained a grant from Kent Fire and Rescue for CAPs work and organised training for teachers from East Kent College by the Alcohol Education Trust on how best to teach special educational needs on risk taking behaviour.

Chief Executive at CTSI, Leon Livermore, said: “Neil’s resolve to stand up to underage drinking and its associated antisocial behaviour is second to none. He has gone beyond all call of duty and has made a huge impact on his community.”

Derek Lewis, chair of Community Alcohol Partnerships, said: “Neil has worked tirelessly to launch new Community Alcohol Partnerships (CAP) in Ramsgate, Broadstairs and Herne Bay - bringing together a wide range of partners including local councils, schools, police, fire and rescue services, retailers and the community, all working to tackle underage drinking and associated anti-social behaviour in Kent. The success of CAP relies on exceptional individuals like Neil who are willing and able to take on leadership roles to benefit their local communities and I am delighted that his dedication and hard work has been recognised with this award.”

Craig Mackinlay, MP for South Thanet, added: “Success depends on exceptional and committed individuals like Neil who are willing and able to take on a leadership role in the local community to tackle underage drinking. I applaud his determination to help combat such behaviour.”

Neil was presented with the CTSI Hero Award at a special ceremony, which took place on Wednesday 20 June, at One Great George Street, London. He was honoured alongside eight other Heroes of consumer protection.

CTSI is a training and membership organisation that has represented the interests of the Trading Standards profession since 1881 nationally and internationally. We aim to raise the profile of the profession while working towards fairer, better informed and safer consumer and business communities.