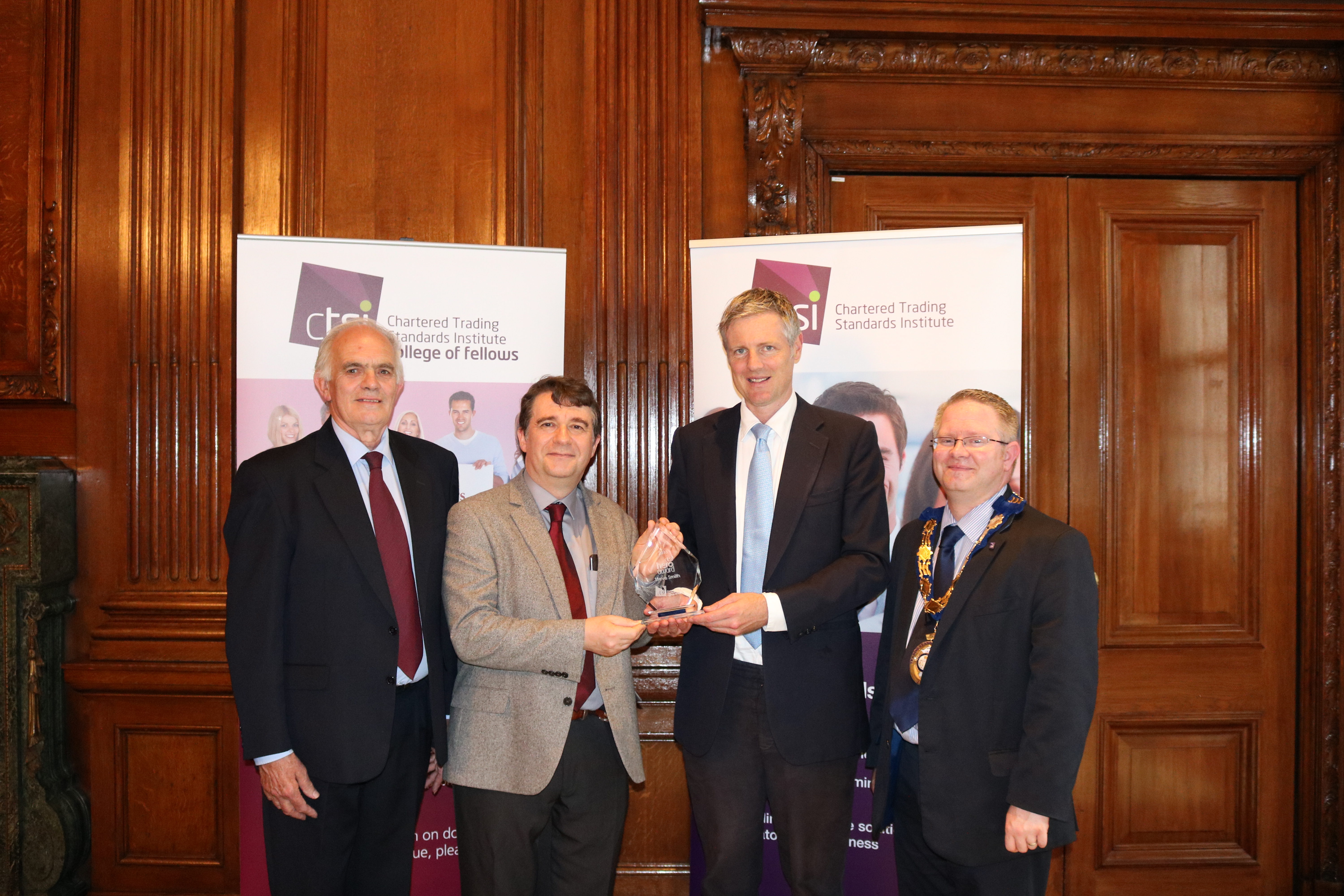 Managing Director and co-founder of scams and nuisance call-blocking service trueCall, Steve Smith, has today been awarded the prestigious Hero Award from the Chartered Trading Standards Institute (CTSI), in recognition of his work in scam-prevention and protection of elderly and vulnerable consumers.

Surrey-based Steve Smith designed the innovative system to block unwanted and nuisance calls, after conducting research into the distress that nuisance calls were causing consumers.

Over two million nuisance calls have been blocked in the five years since trueCall has worked in partnership with trading standards and an estimated 2,140 scams have been prevented, according to Julie Brain, Community Engagement Officer at Oxfordshire County Council’s Trading Standards Service.

TrueCall currently works with over 100 trading standards services around the country, including the National Trading Standards Scams Team, on projects protecting older and vulnerable consumers.

Since trueCall’s creation, Smith has been a consultant on the Telephone Preference Service, provided advice to Ofcom on nuisance calling, and guided the All Party Parliamentary Group on nuisance calls.

Chief Executive at CTSI, Leon Livermore, said: “Steve Smith is a true champion of vulnerable consumers, and we’re honoured to present him with a Hero Award.”

Smith was nominated by Julie Brain, who said: “trueCall has saved thousands of pounds in potential scams. Steve’s commitment to protecting consumers is admirable and we’re thrilled that commitment has been awarded today.”

Zac Goldsmith, MP for Richmond Park, presented Smith with his award at a special ceremony, which took place on Wednesday 20 June, at One Great George Street, London. Smith was honoured alongside eight other Heroes in consumer protection.