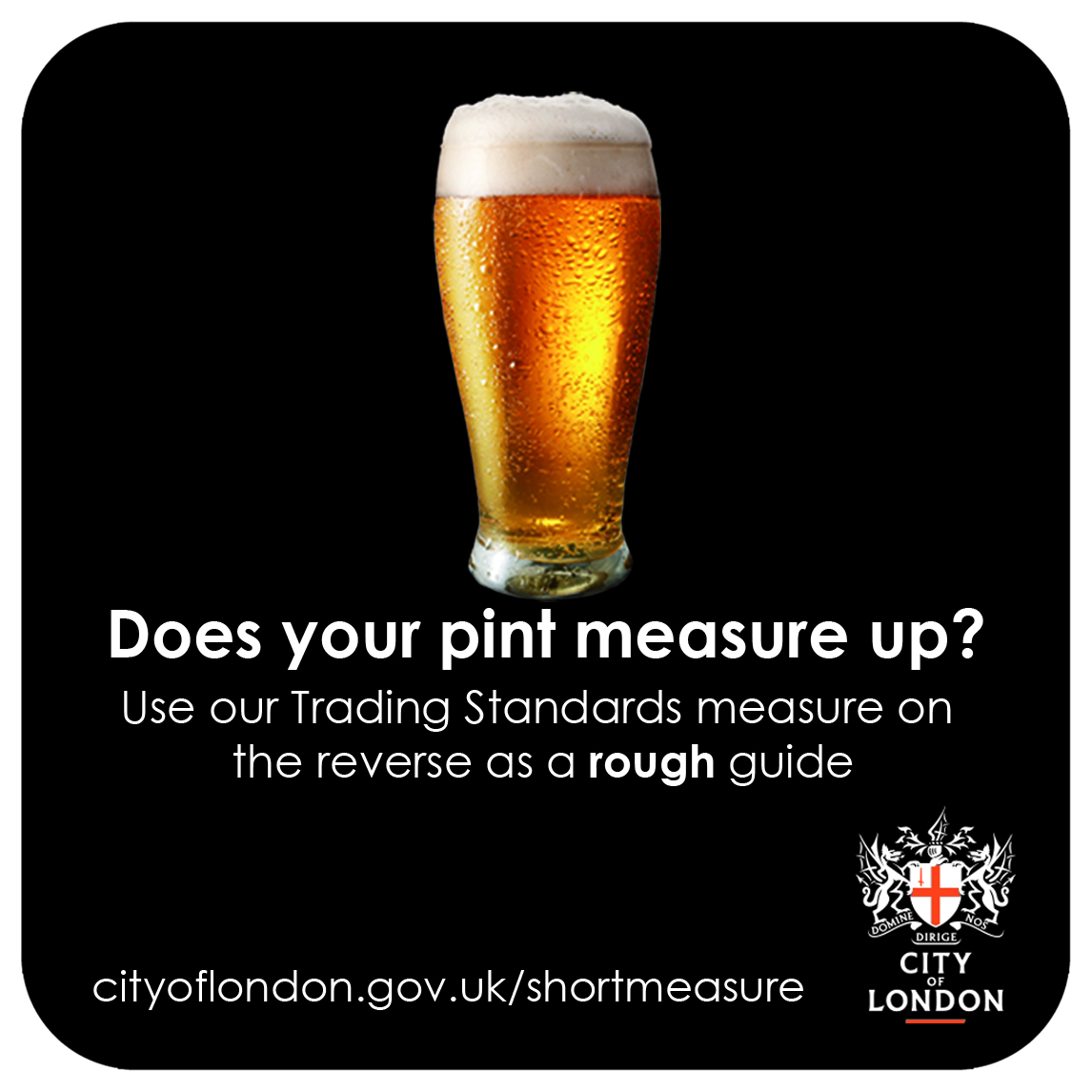 A campaign encouraging drinkers to feel confident in asking for a top-up if they are sold a short measure pint has launched in the City of London today.

The Weights and Measures Act 1985 controls the prescribed quantities that draught beers should be sold in but there has always been a grey area over whether the head should be included as part of the pint.

Industry body the British Beer & Pub Association says a pint should contain a minimum of 95% liquid and 5% head.

And City of London Corporation Trading Standards officers are recommending that, strictly speaking, a pint should mean a pint of liquid and drinkers are well within their rights to request a top up if they want.

Special beer mats have been produced to help consumers check if a pint is short [pictured] with further advice on the City Corporation’s website (www.cityoflondon.gov.uk/shortmeasure).

Drinkers can hold the beermat against the glass to get a rough idea of the quantity of liquid they have been served.

Consumers are being encouraged to contact City of London Trading Standards* if they are sold a short pint and don’t feel confident to ask for a top up, or if they get an unhelpful reaction when they do.

Based on any complaints received as a result of this campaign, Trading Standards Officers will be conducting test purchases across the City in the coming months and investigating premises that continue to sell short measures.

“Consumers are well within their rights to make sure they get exactly what they’ve paid for.

“It’s worth remembering that for a pint costing five pounds, a shortage of five percent is a 25p cost to the consumer. Drinkers are entirely within their rights to ask for a full pint of liquid if they wish.

“We are reminding people that it is perfectly okay to ask for a top-up whilst stressing that they should continue to drink responsibly.”

City Corporation Trading Standards has already written to all pubs in the Square Mile to remind them of their legal obligations - including their duty to prevent underage sales - and to refer people with drinking problems to Square Mile Health**, which provides alcohol support services.

City of London Corporation Trading Standards is responsible for enforcing a wide range of legislation relating to the supply and distribution of goods and services in the Square Mile. 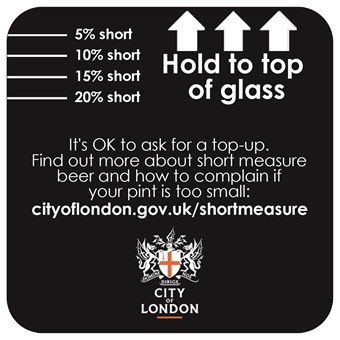 About the City of London Corporation:

The City of London Corporation provides local government and policing services for the financial and commercial heart of Britain, the 'Square Mile'. In addition, the City Corporation has three roles: